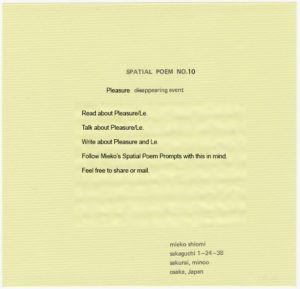 Following in the footsteps of Fluxus artist Mieko Shiomi’s instructional and participatory Spatial Poems, this post serves as a How-To Guide on leading your own class on a particular form of pleasure. The first half of the course is intended to explore and question notions of pleasure as demonstrated by Michael Nylan’s interpretation of le particularly in relation to memory and lines/geographies/paths with the second half of the course taking on an activation or workshop format with writing exercises that include our own variations of Mieko Shiomi’s Fluxus poetry (Action/Spatial poems). While beginning with a discussion on pleasure as conceptualized through le via Nylan, the one day course ultimately focuses on how a form of this is activated through Shiomi’s Action/Spatial poems.

So, what kind of pleasure (le) are we talking about via Nylan?

Pleasure as a social act, relational act; pleasure as security, ease, long-term, autonomy (not enslaved to other people and things…so a different notion of pleasure than love and desire for material objects), maximizing our lives by enhancing pleasure, closest to delight (but delight not as a profound transformational or moral commitment, therefore pleasure implies transformation?)

Read and discuss from Chapter 7 of Michael Nylan’s The Chinese Pleasure Book:

Meanwhile, the expectations brought to homecoming could become so high as to be easily dashed. A person, a prospect, or an object is not as remembered. No accommodation for personal eccentricities is forthcoming. Then, as now, such cruel disappointments did not usually discourage people with sufficient resources from trying to seek their true homes in one place or in one cultural icon. For to abandon that search would be to forgo something profoundly human, that longing for a physical or mental site in which to lodge those memories that constitute a person’s specific geographies of pleasure: the paths most traveled, the corners deemed most comfortable, the best known landscapes and vistas. (Nylan 3)

Memory’s reconstructions of pleasurable events, people, and things are vital to visualizing future pleasures and, with luck, similar pleasures may come again (Nylan 23)

What is pleasure? Is pleasure most powerful in the retroactive sense, meaning when remembered? What kinds of paths do we follow in pleasure and what does it connect?

Chinese poets Tao and Su conflate pleasure with notions of belonging and emphasize the speculative and memory aspect of such pleasure (retrospective). Pleasure (Le), as articulated through their poetry, is found at the site of home—although that may not be necessarily place, but rather relations or embodiment. What sorts of political potentials, orientations and mappings arise from such pleasure(s) specifically in a materialist sense? What are the ramifications of placing the retrospective act of pleasure as the most powerful temporality of pleasure, as noted by Nylan? We look to both the hyper-specificity and abstract nature of Mieko Shiomi’s Action/Spatial poems where she asks her global community of artists and writers to, for example, record the direction they faced and what they were doing at 10 AM October 15, 1965 and subsequently created a mapping of these occurrences. How can we apply this to the particular temporalities and mappings of Le? What kinds of (long-term, relational, well-being oriented) pleasures and processes as such can arise from this?

Think of pleasure in relation to Mieko Shiomi:

In her 1975 publication, Shiomi dedicates her book of 9 spatial poems  “to the people of 30th century”–an open call to participate in her poems (relational and participatory pleasures) and a future invitation (not unlike Nylan’s conceptualization of visualizing future pleasures). Here, we can actively and materially look to le through Shiomi’s instructional poems. 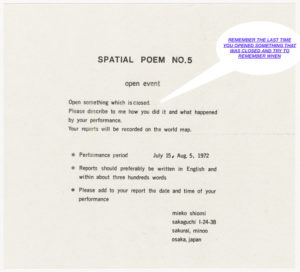 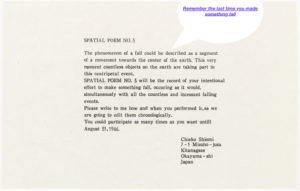 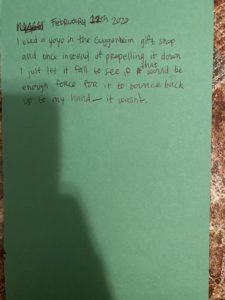 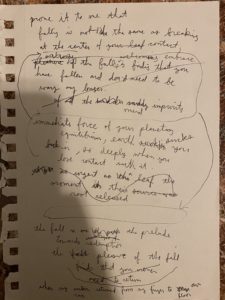 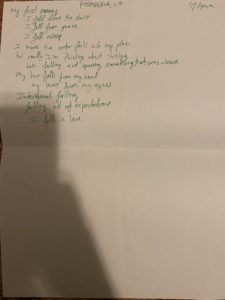 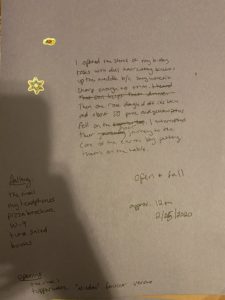 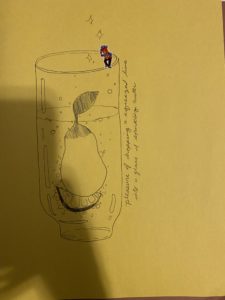 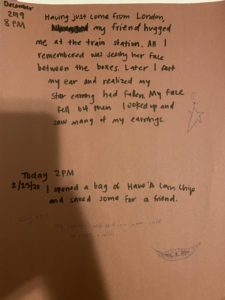 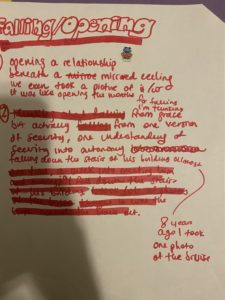 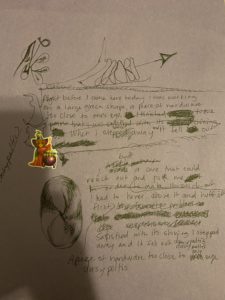 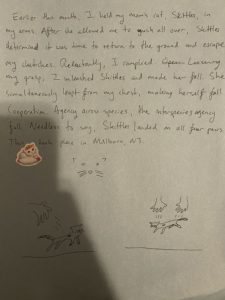 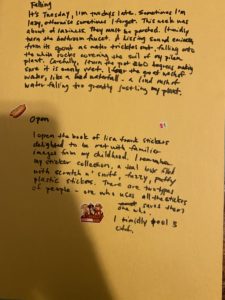 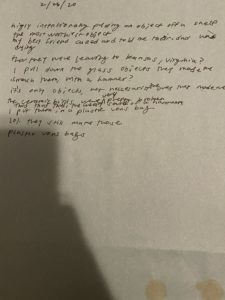 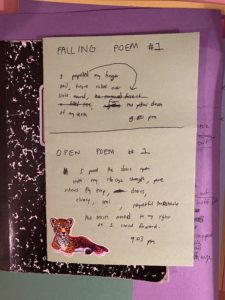 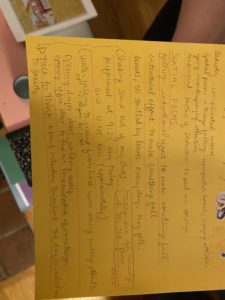 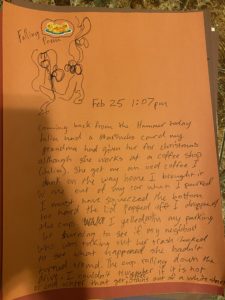 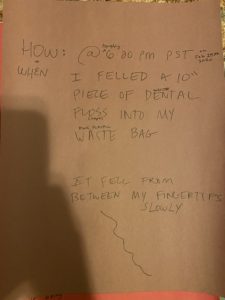 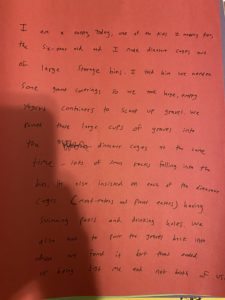 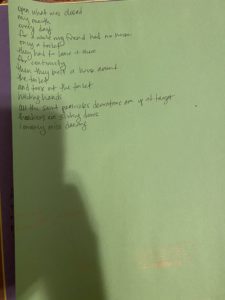